The Pirates Bay House investigates our coastal margin and how our buildings might inform us about the true experience of our island's landscape edge. A constrained and relatively steep site was combined with an uncomplicated brief and the whole interpreted in a dramatic but revealing building.

Considerable time and thought was devoted to refining the structure and simplifying plan. Similar to suspension bridge technology, the Concept affords a ten metre suspended cantilever that invites a projected experience through the trees toward the ocean. Conceived as a platform from which to observe the breathtaking grandeur of Pirates Bay, it additionally pays homage to the eucalypt forest that fringes the site,. 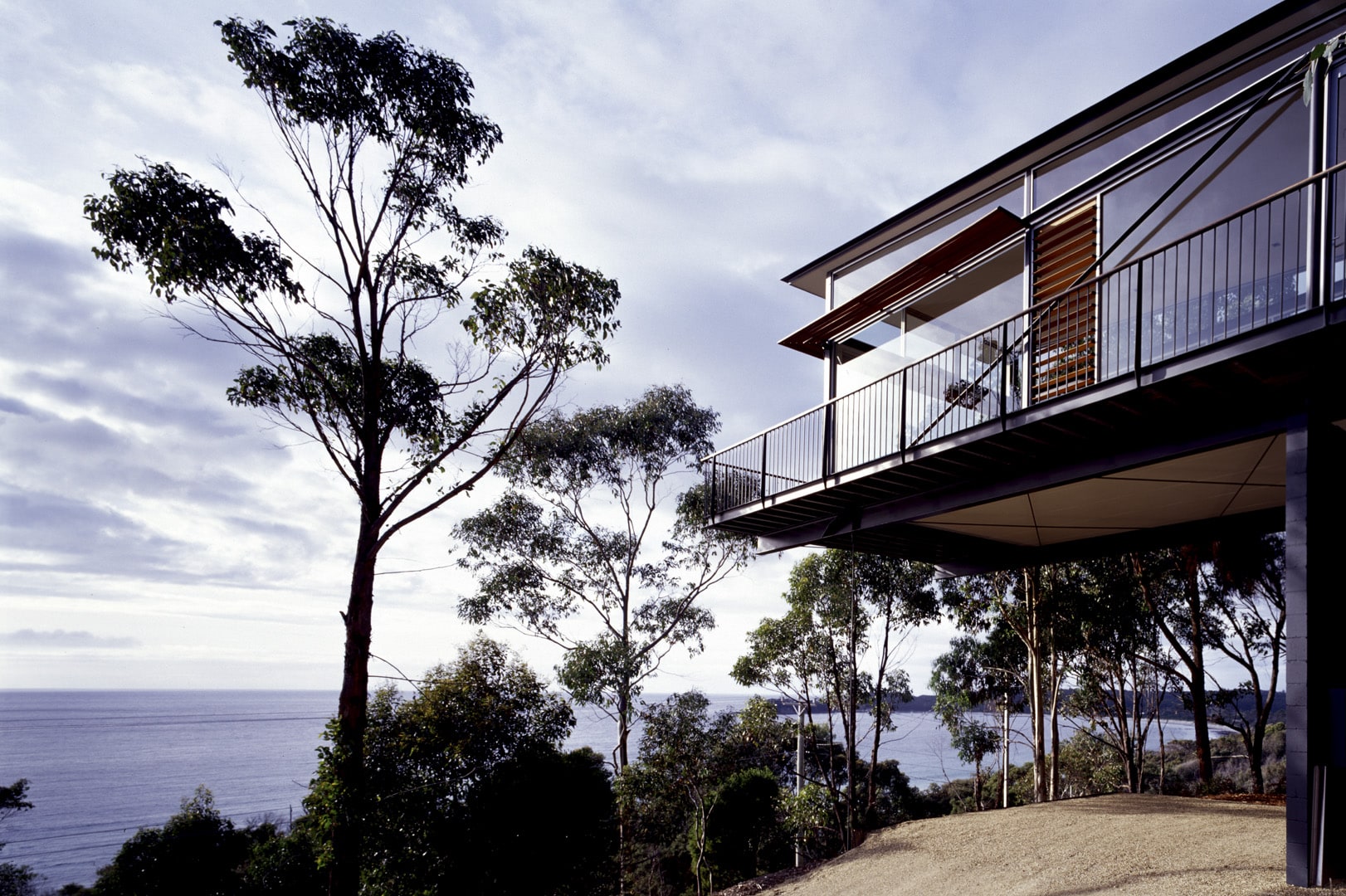 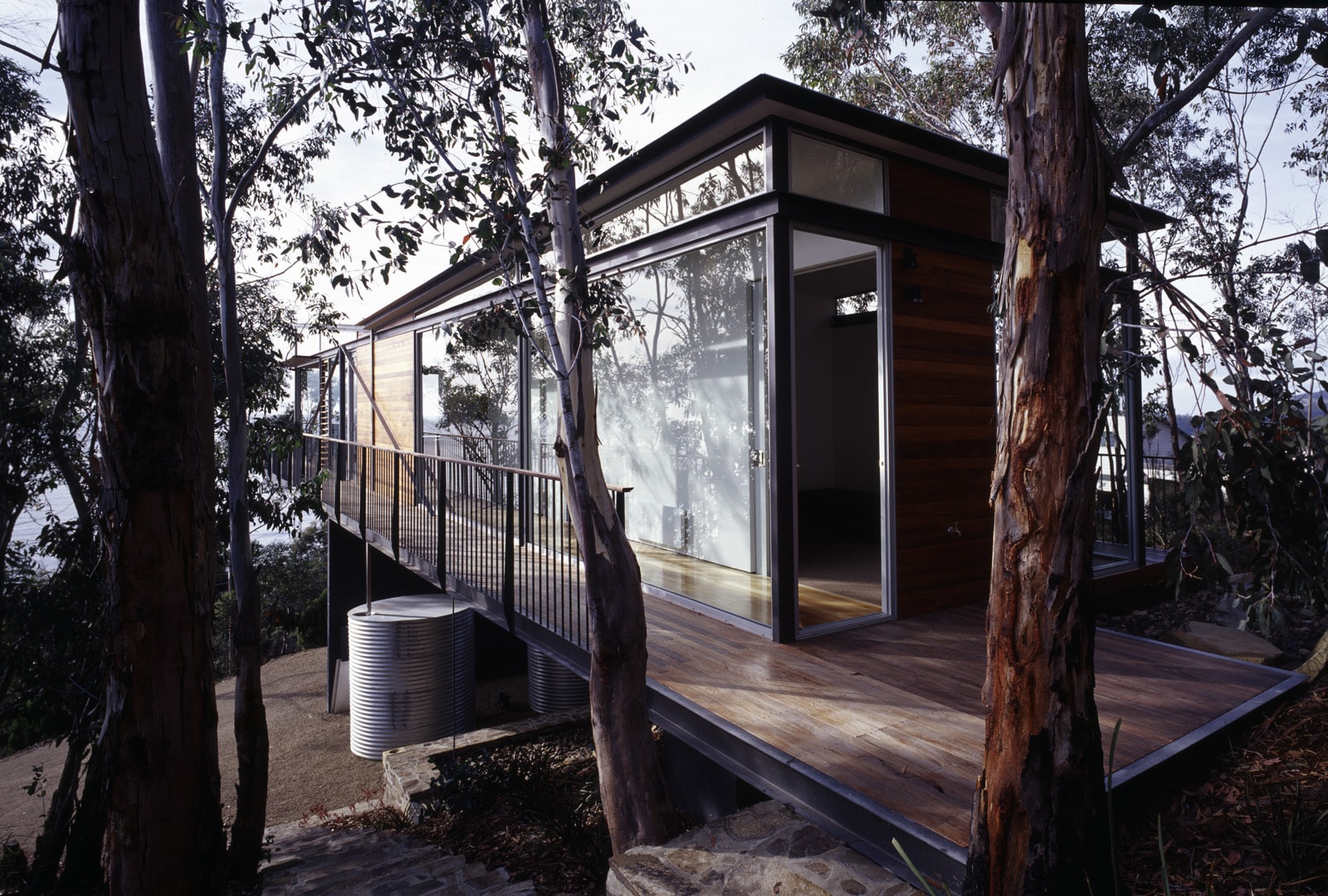 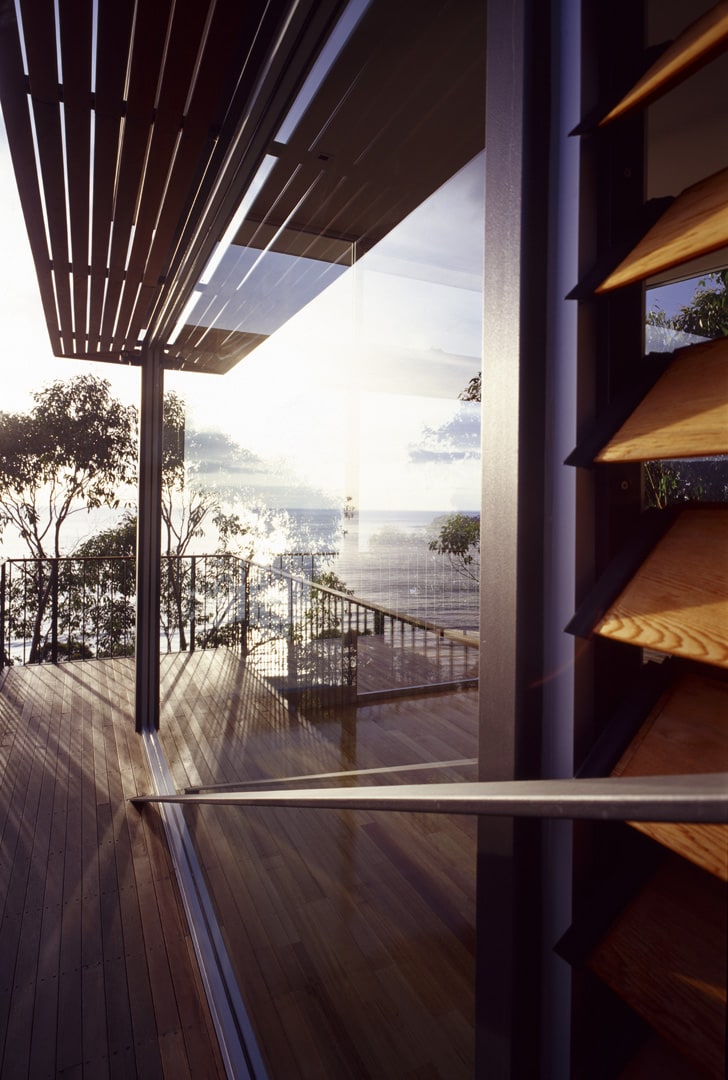 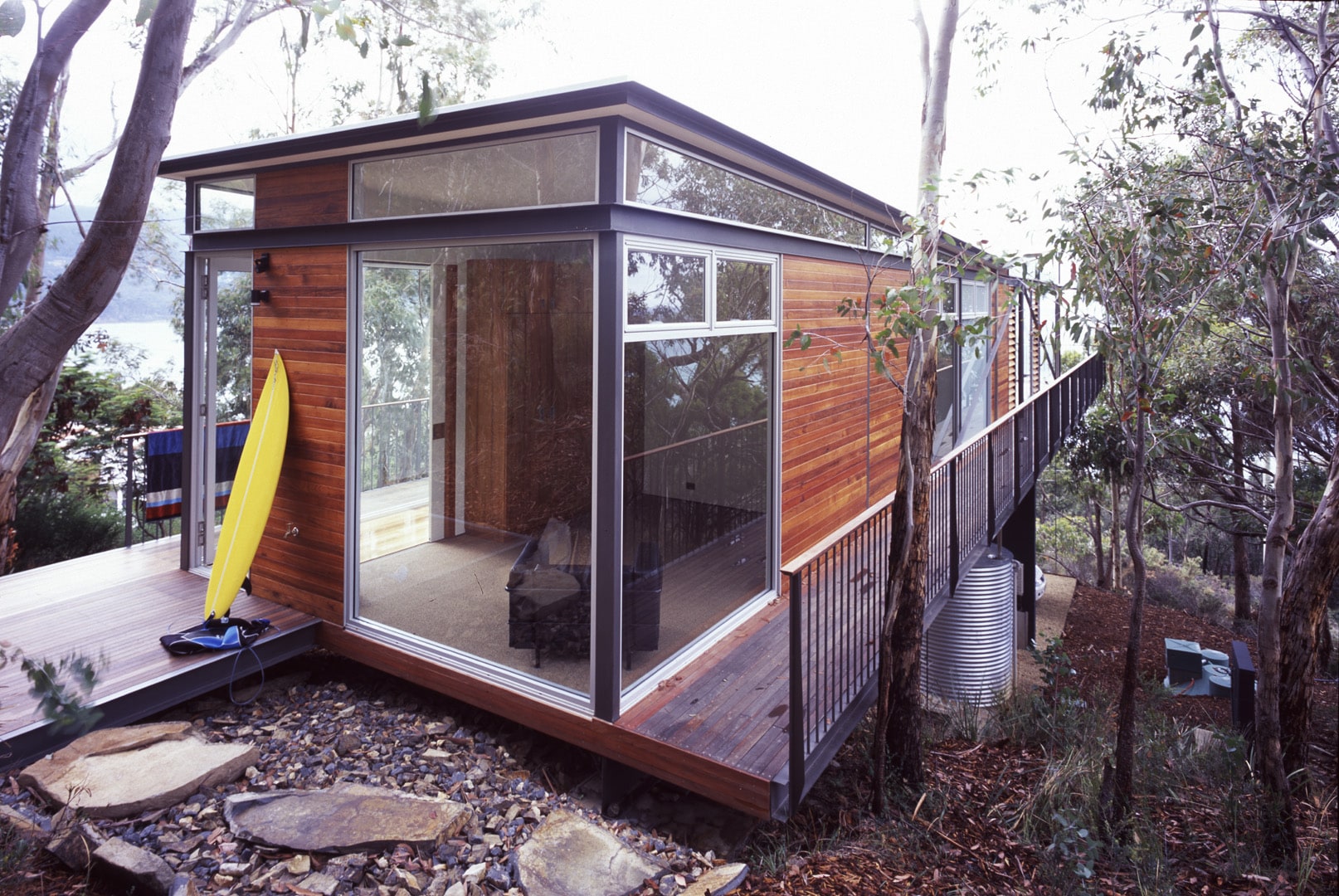 Return to: Top | All Projects | Home